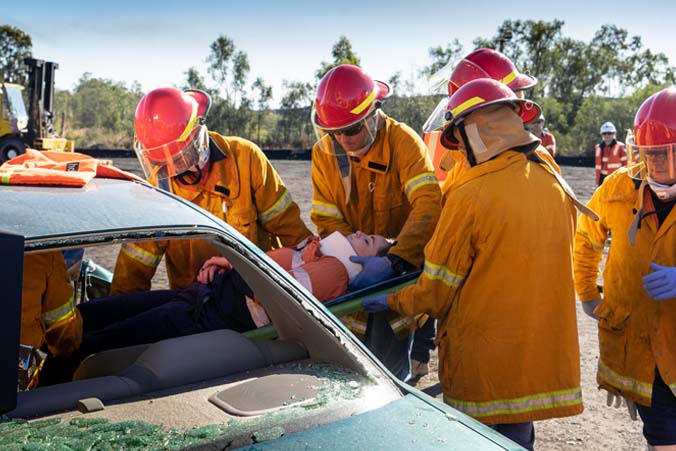 Jeebropilly, the last operating coal mine in the Ipswich Region, recently hosted one of the most intense mines rescue challenges on record.

Jeebropilly, the last operating coal mine in the Ipswich Region, recently hosted one of the most intense mines rescue challenges on record. Seven teams from across Queensland and one from NSW took part in the 12 hour test of endurance and skill with events ranging from firefighting, rescue from height, multi-casualty triage, search and rescue and extraction from a car crash. Champions from the past two years, New Acland Coal, were this year relegated to second place by the team from Dawson, Anglo American in a hotly contested event. Third place this year went to Commodore, Downer EDI with Dawson also winning Best Team Captain and New Hope's Bengalla team winning Best Medic. While not technically from Southern Queensland, the Bengalla team were invited to compete and share in the learning experience. New Acland Training and Emergency Response Coordinator, Grant McDonald, said while the competition was important the event is more about sharing knowledge. "Of course each team wants to do their best on the day and gain bragging rights," Grant said. "But the opportunity to learn from each other and pick up new skills is really what the event is about." "We have teams competing that would rarely, if ever, be put into some of these scenarios but they front up, do their best and learn so much from the other teams and assessors." Acland team captain, Dallas Hinrichsen echoed Grant's comments. "It was an awesome day and there were so many learning experiences," Dallas said. "Win, lose or draw, I'm just really proud of our boys and everyone who took part in what was a very long day." Teams that took part in this year's Southern Queensland Mine Rescue Challenge were, Jeebropilly, New Acland, New Hope Exploration, Bengalla, Dawson Anglo American, Commodore Downer EDI, Kogan Creek CS Energy and Meandu Stanwell. (ends)