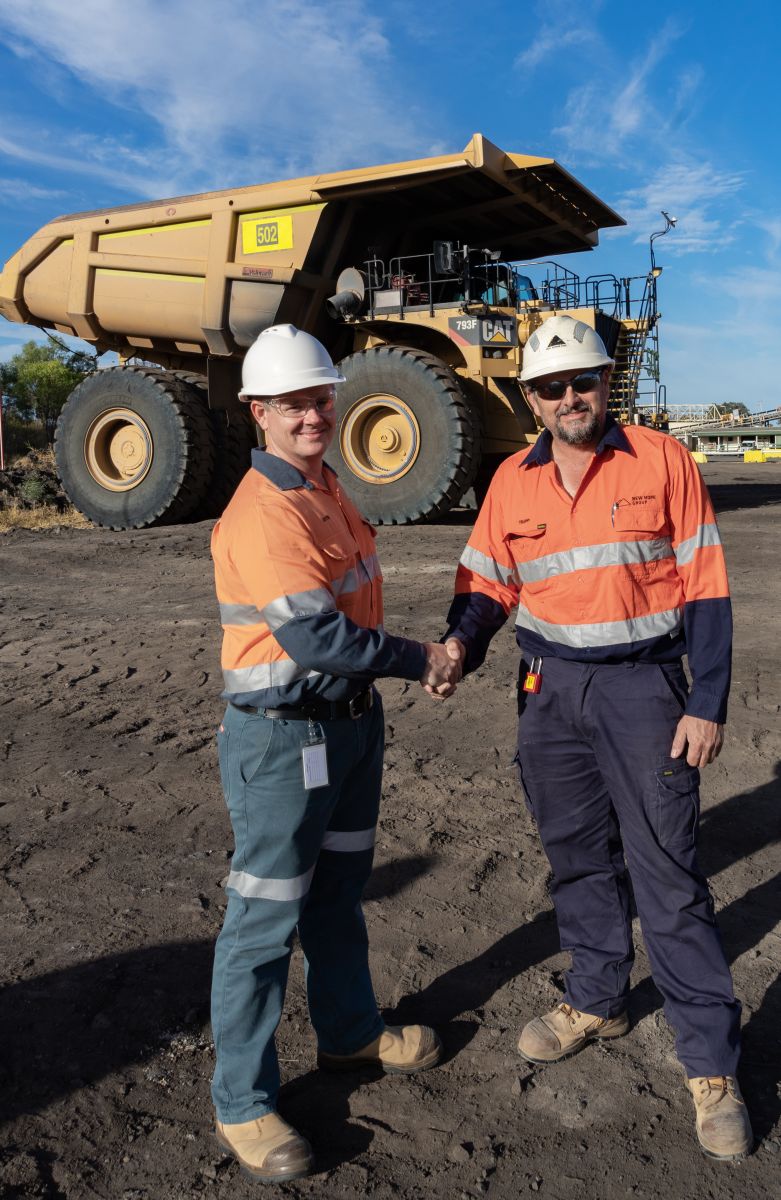 Taking the Hilux to the dealer for a tune up looks easy when you compare it to the logistics undertaken by New Acland Mine recently.

Taking the Hilux to the dealer for a tune up looks easy when you compare it to the logistics undertaken by New Acland Mine recently. The miner needed a full component change out on five of its huge Caterpillar 793F haul trucks and chose to use the local Hastings Deering workshop in Toowoomba for the massive six month undertaking. At $2.2million per truck it sounds an expensive exercise but, with each truck costing almost $5.5 million new, it was worth the expense. New Acland Maintenance Supervisor, Rob Trapp said it was the first time they had sent an entire fleet to the Toowoomba workshop. "The guys and Hastings Deering have done work for us before, but this was by far the biggest job they have done for us," Rob said. "It was a huge job, replacing basically every component on the truck. "The fleet is only six years old but each had done about 24,000 hours of work at the New Acland site. That's slightly above industry standard so they were due for a tune-up. Service Manager at Hastings Deering Toowoomba, Justin Butcher said his team were honoured to get the contract. "This was a great win for us," Justin said. "We have around 100 workers at the Toowoomba Service centre and, of that, about 12 worked on this project basically around the clock. "Each truck took three weeks and we had a week break in between each truck. "We did what is known as a certified power train rebuild which means we effectively stripped the trucks bare and replaced all the drive train components including the engine. "In fact, apart from the cabin, tray and tyres there isn't much we didn't either remove or replace." And just how do you get a 170 tonne truck from Acland to Toowoomba? "We just take off the cab, the tray and the wheels and load it onto another big truck," Rob said.