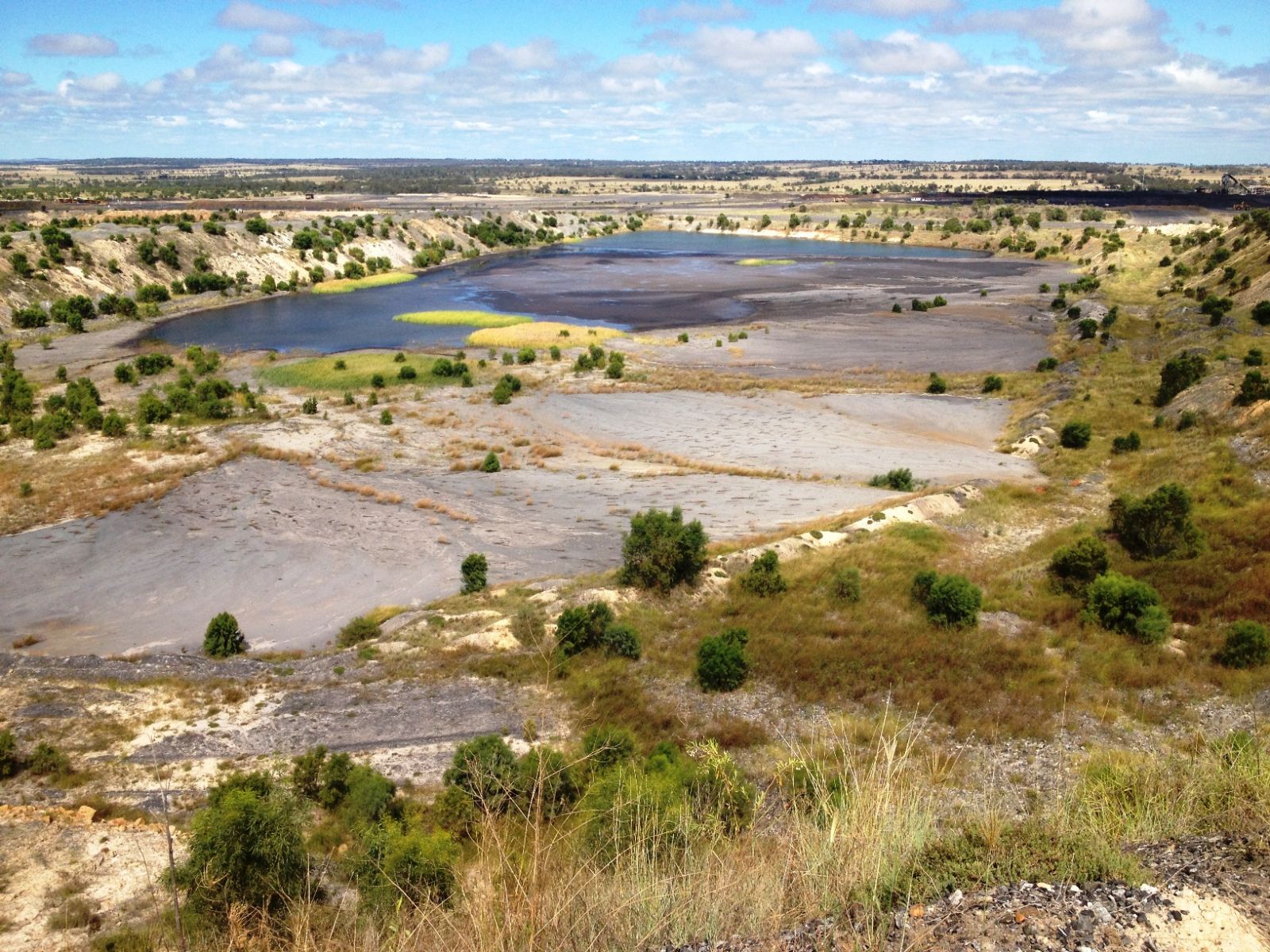 Engineers at New Acland Coal (NAC) have successfully combined classroom theory with practical application and come up with an industry first.

Engineers at New Acland Coal (NAC) have successfully combined classroom theory with practical application and come up with an industry first. University of Queensland researchers had been working on a new process to cap tailings storage facilities (or tailings dams) on mine sites but needed to test those theories in the real world. They teamed up with the geology and environmental teams at NAC to trial the new process. Senior Environmental Adviser at NAC, Tom Sheppard said they had been looking at new ways to cap the tailings dams on site for some time. "Typically tailings (also known as 'fines' and left over from the resource product washing process) consist of organic material less than 2mm in size, mixed with water so that it can be pumped from the wash plant, to a storage facility through pipes," Tom said. "There are different types of tailings storage facilities and a variety of ways to cap them. "When a mine starts, it generally builds an above ground dam for tailings, then uses pit voids for tailings storage. "The issue with above ground storages is that if you do have a wall failure, the contents can spill into the natural environment, opposed to spilling into the confines of the open cut when in-pit storages are used." Tom said. "During a dam's life, we pump out the water (which is recycled back through the wash plant), allow the tailings to dry and form a crust about 30-40cm deep, cap it and then put topsoil over the top, in preparation for our post mine land use - in our case grazing," Tom said. "What we have been working on with UQ is a better, safer and more efficient way to cap the dam." NAC Project Superintendent, Greg King said they had previously used a large dozer to push heavier tailings across the surface. "This was pretty much a rip, tear, bust scenario so we wanted a better solution," Greg said. "We trialled a type of large slingshot where we flung material across the dam but this had limited success. "Now we use a swamp dozer, or low ground pressure dozer, to push larger tailings and clay across the surface of the dam. "The university helped us with sheer testing to ensure the dozers could move across the dam without sinking or creating too big a bow wave that would cause a failure of the capping." Open Cut Geologist, Jim Thornton said, once capped and covered with topsoil, the profile of the land was virtually indistinguishable from unmined land. "We have done tests on areas where we have previously mined and really the structure is no different to surrounding areas," Jim said. "The fact that we have cattle grazing where only a few years ago we were digging coal is testament to how good our process is. "The most recent area we have capped will be backfilled with soil we dug out previously, fenced off and, within two years we should have cattle grazing there. "What people don't realise is that the size of the mine never really increases, the hole just moves because we fill it in as we go. "If you look at an aerial photograph of the area it can be hard for anyone not involved in the operation to actually see where we had previously mined." Tom agreed, pointing out the numerous commendations the mine has received for its rehabilitation work. "The cost in building and capping tailings dams is significant but the results are outstanding," Tom said.