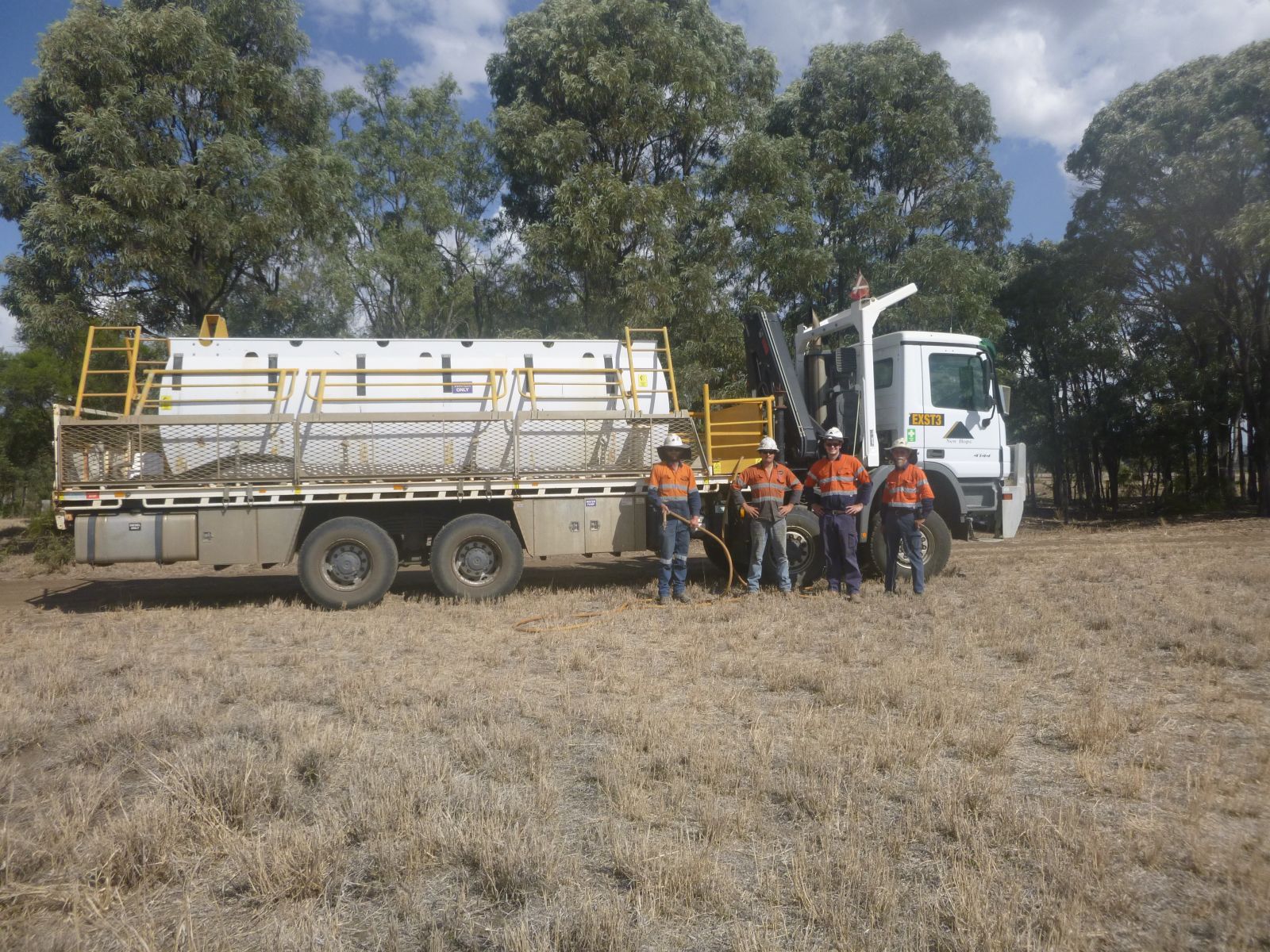 A New Hope Exploration drilling crew found themselves battling a bushfire alongside a Banana Shire property owner after his distress call alerted them to the impending danger.

A New Hope Exploration drilling crew found themselves battling a bushfire alongside a Banana Shire property owner after his distress call alerted them to the impending danger. New Hope Driller Dennis Gander and his two Offsiders from Adelts Contracting Andrew Stewart-Koster and John Morice found themselves facing down the fire after the property owner radioed a call for help, knowing it was standard practice for exploration teams to be outfitted with a water truck. Following the call the exploration team mobilised the water truck and their dedicated fire-fighting trailer and made their way to the beleaguered property owner, figuring they could prevent the fire from spreading beyond the approximately 8 ha area it had ravaged. New Hope's Corporate Drilling Supervisor Wayne Pengelly coordinated the effort and said while it undoubtedly demonstrated the crew's compassion, it also reflected their training. "Exploration teams often find themselves hundreds of kilometres from the nearest major town, so we've gone to great lengths to ensure they are trained to deal with emergencies," Wayne said. "The moment the call for help came over the radio, their training kicked in and the crew contacted me, informed me of the situation and we initiated our Emergency Response Plan." "We quickly decided the bushfire was a 'level 1 orange' emergency, which essentially left it to the crew and myself as the response co-ordinator to decide if they should intervene based on risk to people and equipment." "Drawing on the firefighting training they had received at various Emergency Response Team training days, the crew decided the right thing to do was help the landholder manage the fire until the fire was under control and the emergency services had arrived." "As that was happening, I was relaying information back-and-forth between the crew and our leadership team. "Thankfully, with the help of our team, the local landholders and then the bush fire brigade, they were able to neutralise the threat to the landholder's property."