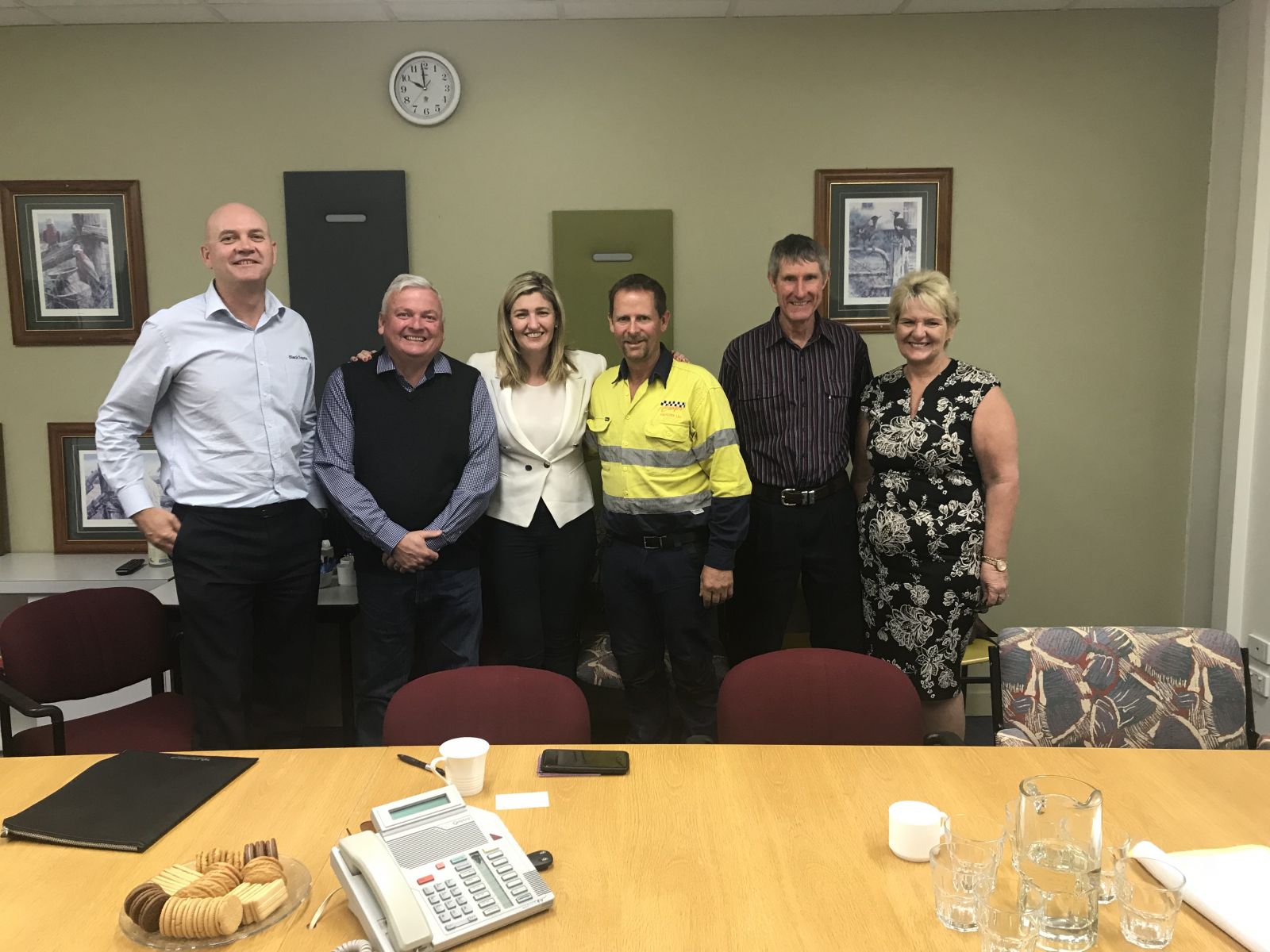 New Acland Mine and how it does business with its local small business suppliers is being lauded as a role model in the state government's campaign on fair payment terms.

New Acland Mine and how it does business with its local small business suppliers is being lauded as a role model in the state government's campaign on fair payment terms. The Hon. Shannon Fentiman MP, Minister for Employment and Small Business and Minister for Training and Skills Development, met with some of New Acland Coal's local business suppliers this week whilst in Toowoomba during its 'Governing from the Regions'. Minister Fentiman called the meeting after singling New Hope out as a mining industry role model for its fair payment terms with local small businesses. New Hope Group General Manager of Coal Operations David Vink said the Minister's enthusiasm for fair arrangements mirrored the policy New Hope had been pursuing for over a decade. "New Hope is passionate about offering local businesses opportunities that benefit both parties, and there are plenty of examples of that happening in how we go about business in our local community around New Acland Mine," David said. "Minister Fentiman's attention was captured by our incredibly successful 9 year partnership with Ireland Engineering, which is based on a mutually agreed thirty day payment arrangement." "Over the life of that partnership Ireland Engineering's gross turnover has increased by 400%, and they have become a significant local employer with over 31 staff." "If you talk to Black Toyota, Coops, Oakey Real Estate, Warrego Water and many other local businesses we work with, you will hear similar success stories." David also emphasised the important role skill development played in supporting regional communities. "Because we are part of the local community, we have the ability to interact with it and provide people, many of them young people looking to stay in their own communities, with valuable experience, whether that's through apprenticeships, trainee positions, Certificate III courses or Vacation Student positions." "Oakey is a great example of a town where, given the opportunity, local people have developed successful businesses and trained their employees - we try to provide those opportunities."