We have called on the State Government to grant the outstanding approvals for Stage 3 immediately and ensure there is a continued ramp up of jobs over the next 12-18 months.

The Acland Stage 3 Expansion Project is currently sitting with the State Government, awaiting approval. We have been advised on more than one occasion that these approvals have been ready for grant for some time with nothing further required for the relevant decisions to be made.

Never in Queensland has a government waited for court decisions to be finalised before it made decisions on mining projects and we firmly believe this is not the time to set such a precedent.

By approving the expansion of the New Acland Coal Mine, confidence can be given back to our existing workforce, the Oakey community, our suppliers and others reliant on the mine. It will also enable us to create 487 new jobs at New Acland within 18 months of approvals. 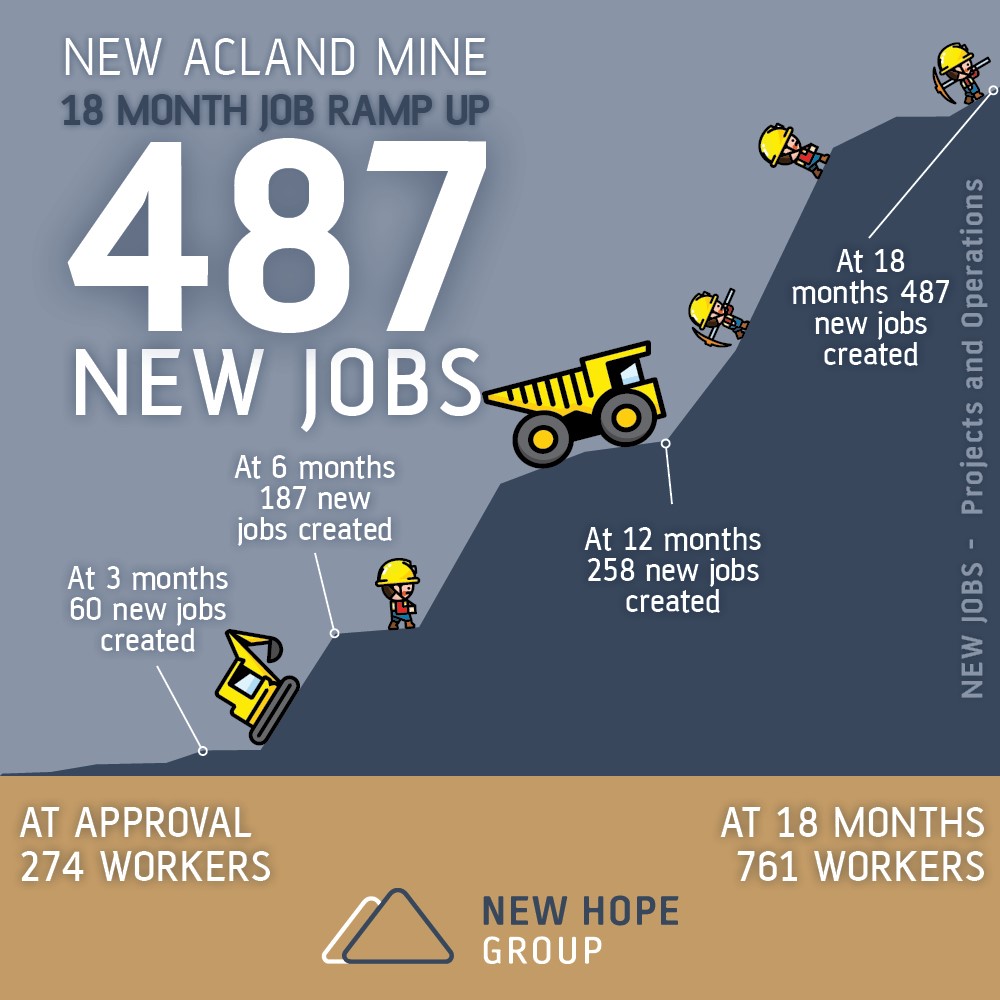 This is not just about a mine, it's about securing jobs, keeping local businesses strong and putting money back in the pockets of hard-working regional Queenslanders;

What you need to know:

New Hope Group has been waiting 12 years for approval of the next stage of the New Acland Mine near Oakey.

Our application to expand the mine pre-dates the launch of the first Apple iPhone and, 12 years later, we are still waiting. This is not a new mine - New Acland has been in operation for more than 17 years.

The state government has all it needs to approve Stage 3. We are calling on the Premier to make the call and let us get on with employing regional Queenslanders in high paying, full time jobs.

Download the timeline to see how the project has progressed over time. 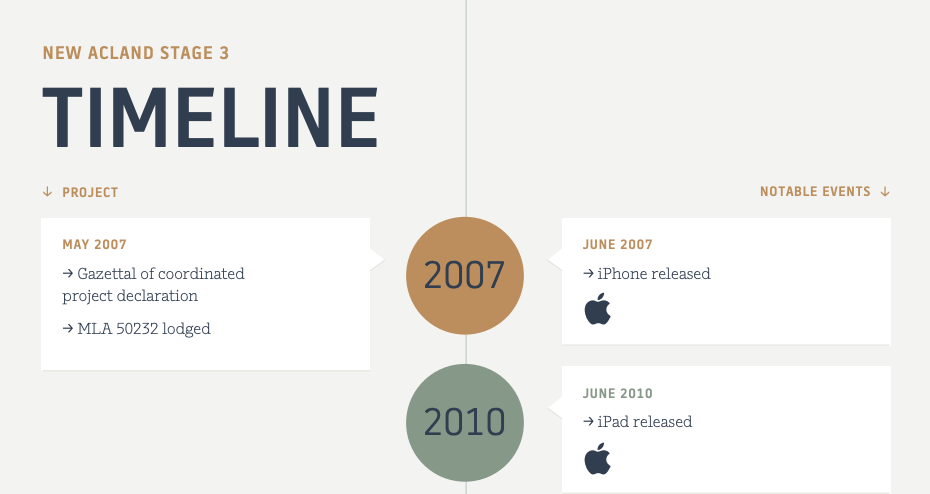